My Buckets Runneth Over

Yes, that's right: my buckets runneth over. And my pitchers and jars, too. Everything's running over with milk!! Right now, there's at least five gallons in the house, and this evening, again, there will be more. A lot more. I guess that's what happens when you buy a milk cow! 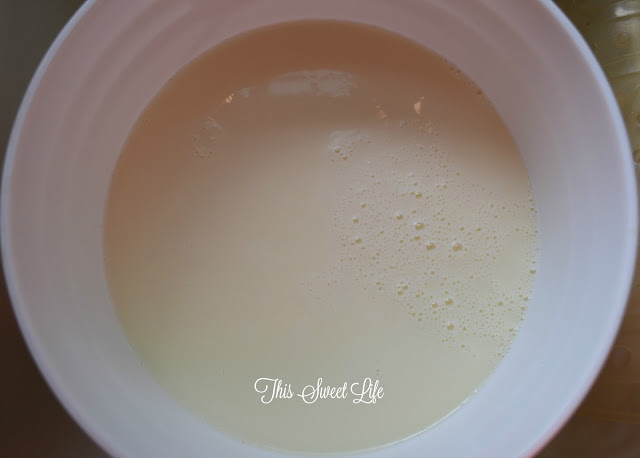 Oh my, have we taken leave of our senses?? Hopefully not. It's only been two days, so I'm believing that this is an adjustment period and we'll get into the routine of fresh milk twice a day...twice a day?? What were we thinking?!

We were thinking, and have been for a while, about getting a cow. For us, the older we get, the more important quality, nourishing food has become. Not that we're elderly or anything, but our bodies are telling us we're not 20-something anymore. The most logical place to begin a healthier lifestyle is to eat healthier food. I discovered the FOODWIFERY philosophy of sourcing, cooking, and eating, which made a lot of sense. One part of the Foodwifery approach is consuming raw and cultured milk products. Thus, the cow.

We also thought a milk cow would be a good thing for our vacation rental business. Folks who stay at the Guest House love the farm, especially the animals. Milking a cow and tasting fresh milk will be a great experience for them.

We actually have four cows at the moment, but two of them are just babies: heifers that are about 8 months old. It will be a couple of years before they'll be giving any milk. 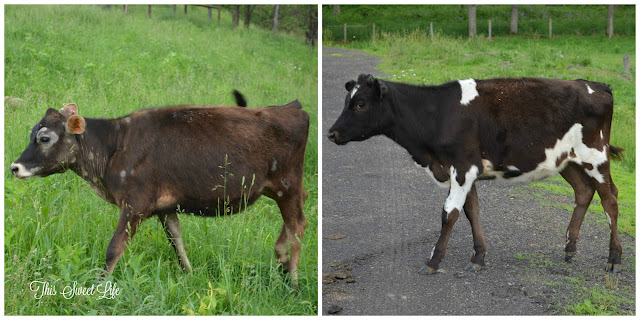 The other two were a package deal. Otherwise, we would have gotten only one. They are both Jerseys and both came with month-old calves, thank goodness! Every drop those baby girls drink means less for us to deal with. Without them, we'd be dealing with about eight gallons a day! As it is, two to five gallons a day is way more than enough. I obviously have a lot to learn about dairy! 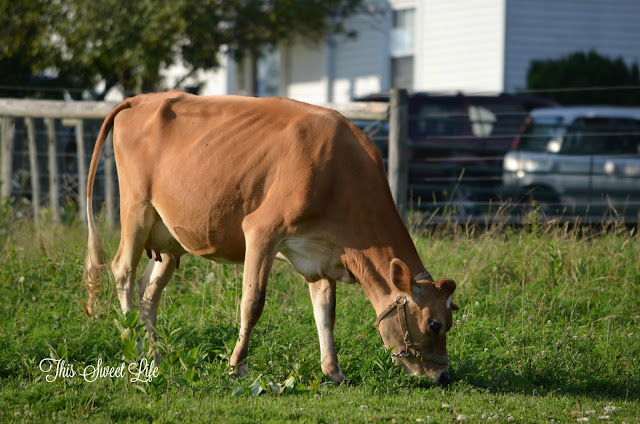 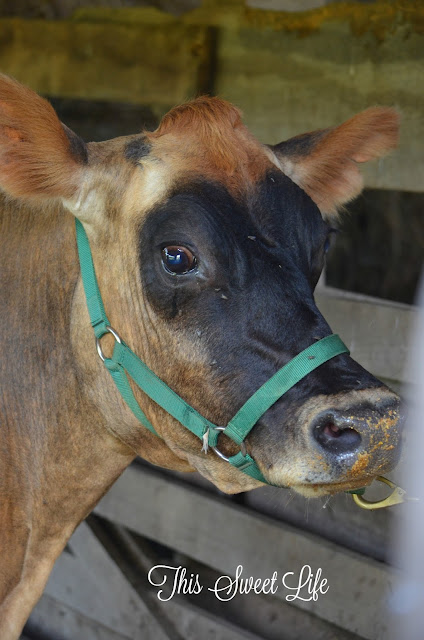 When I met Robin oh, so many years ago, his family still had milk cows. We had raw milk the first few years of our marriage, but his mother took care of most of it. Robin brought in a glass gallon jar of milk every few days. I learned to make butter and whipped cream, but that's all. Now my mother-in-law is gone, and it's all up to me. All five gallons a day! Milking is coming back easily to Robin after all these years, but I think his hands are complaining a bit. 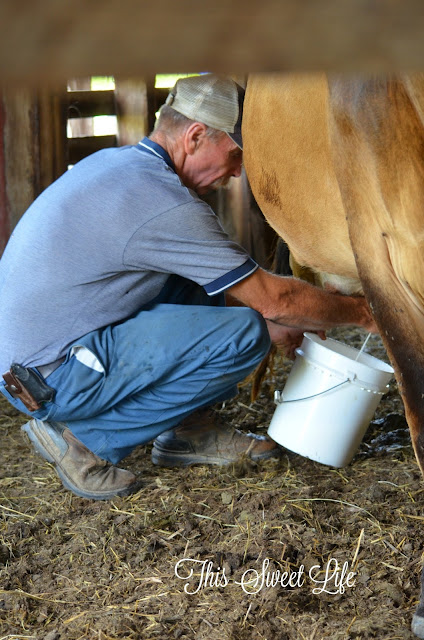 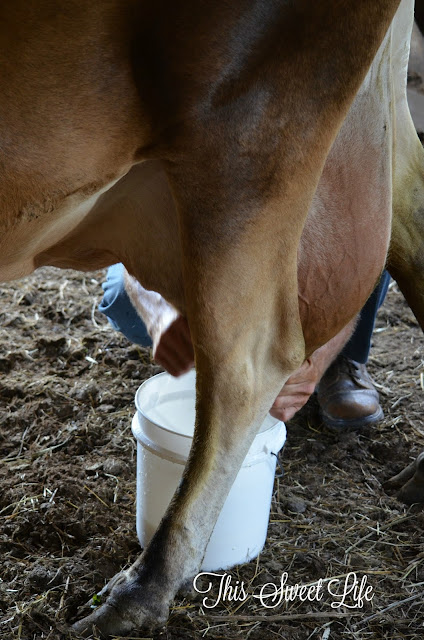 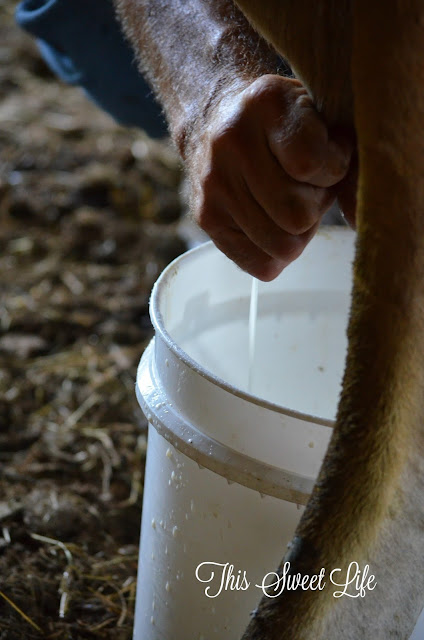 As for me, I'm filling jars and pitchers, skimming cream, washing buckets, and experimenting with cultured dairy. I think I have plenty to work with. There are jars and jar of milk, 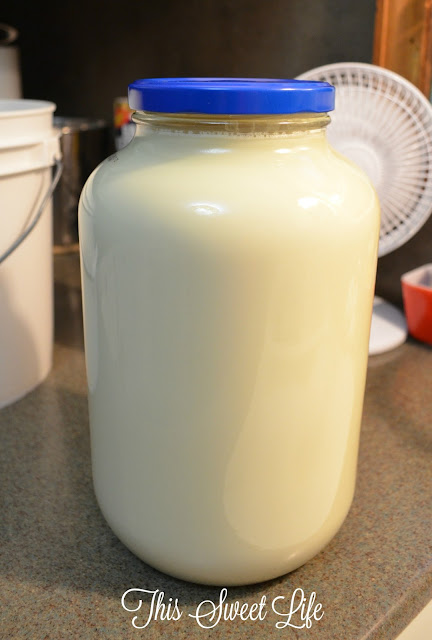 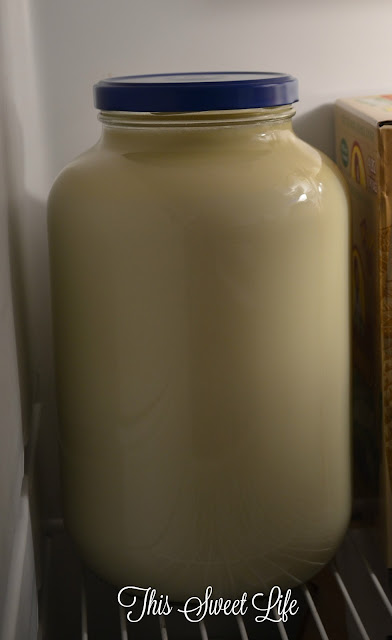 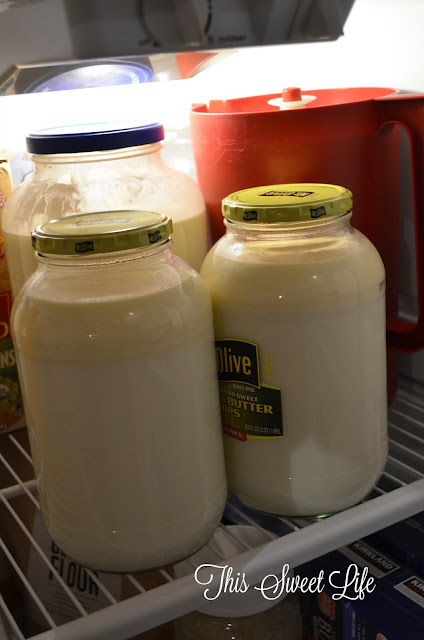 The cream is adding up...I'll be able to make butter soon. 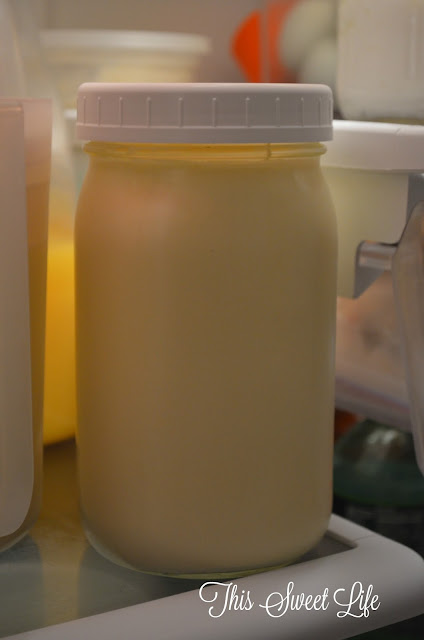 I let one gallon clabber and ended up with curds 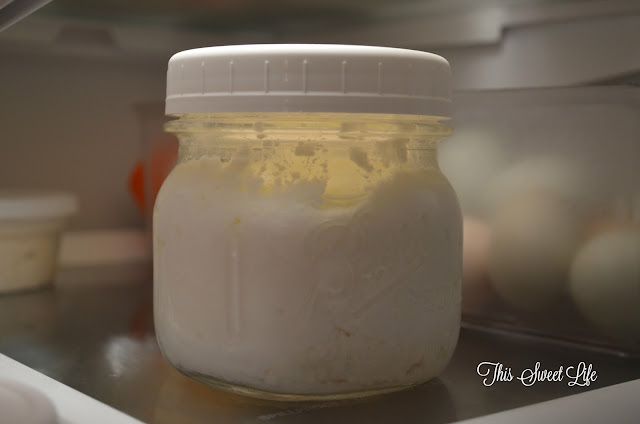 and whey. Until now, I had no ideas what whey looked like. 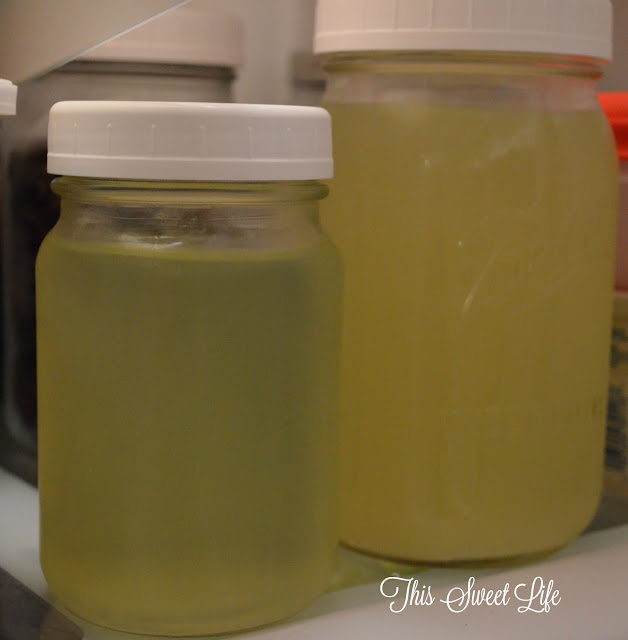 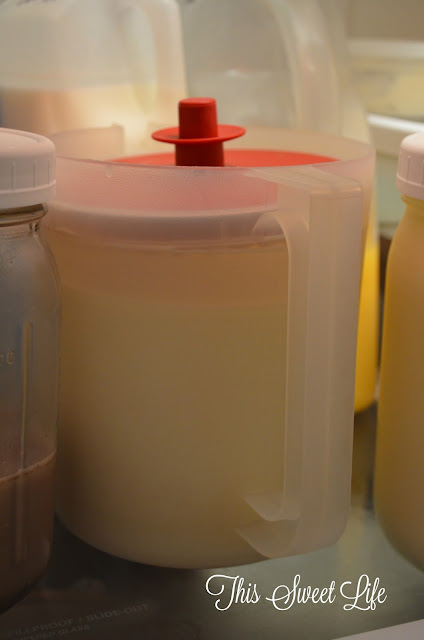 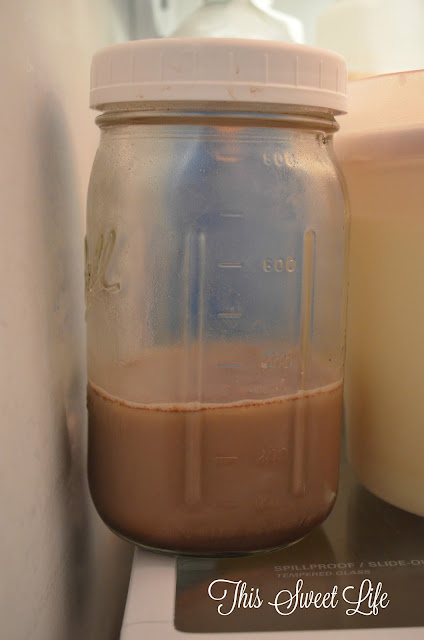 I'm thinking ice cream might be a good idea soon. And pudding. At some point in the near future, I'll be giving cheese-making a go as well. I'll have to be careful, though, that all those pounds of milk products don't end up around my waist. That would not be good.

And so our milk journey has begun. I'll let you know how it's going once in a while. I'm excited...but I still think we're nuts. 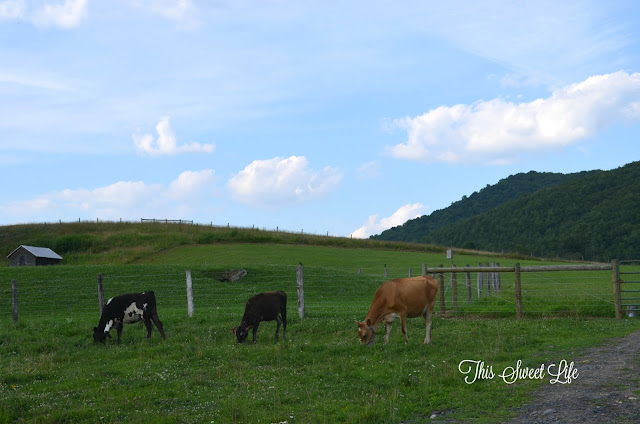