Once again, I had so many plans for this challenge! And once again, time has run out. And once again, I'm busy up to my eyeballs! I had hoped to photograph some of my favorite books, some antique sheet music, favorite recipes, and so many other treasures that include letters and words. But, I simply did not get it done. I do have a few to share with you, though. Despite not getting around to all my wonderful ideas, I did remember to snap some photos of letters and words as life whizzed by this month.

It's maple season around here and that means we're knee-deep in gathering sugar water and boiling syrup. A friend blessed us with the wonderful cover for our syrup filter. Thanks, Charlie!! 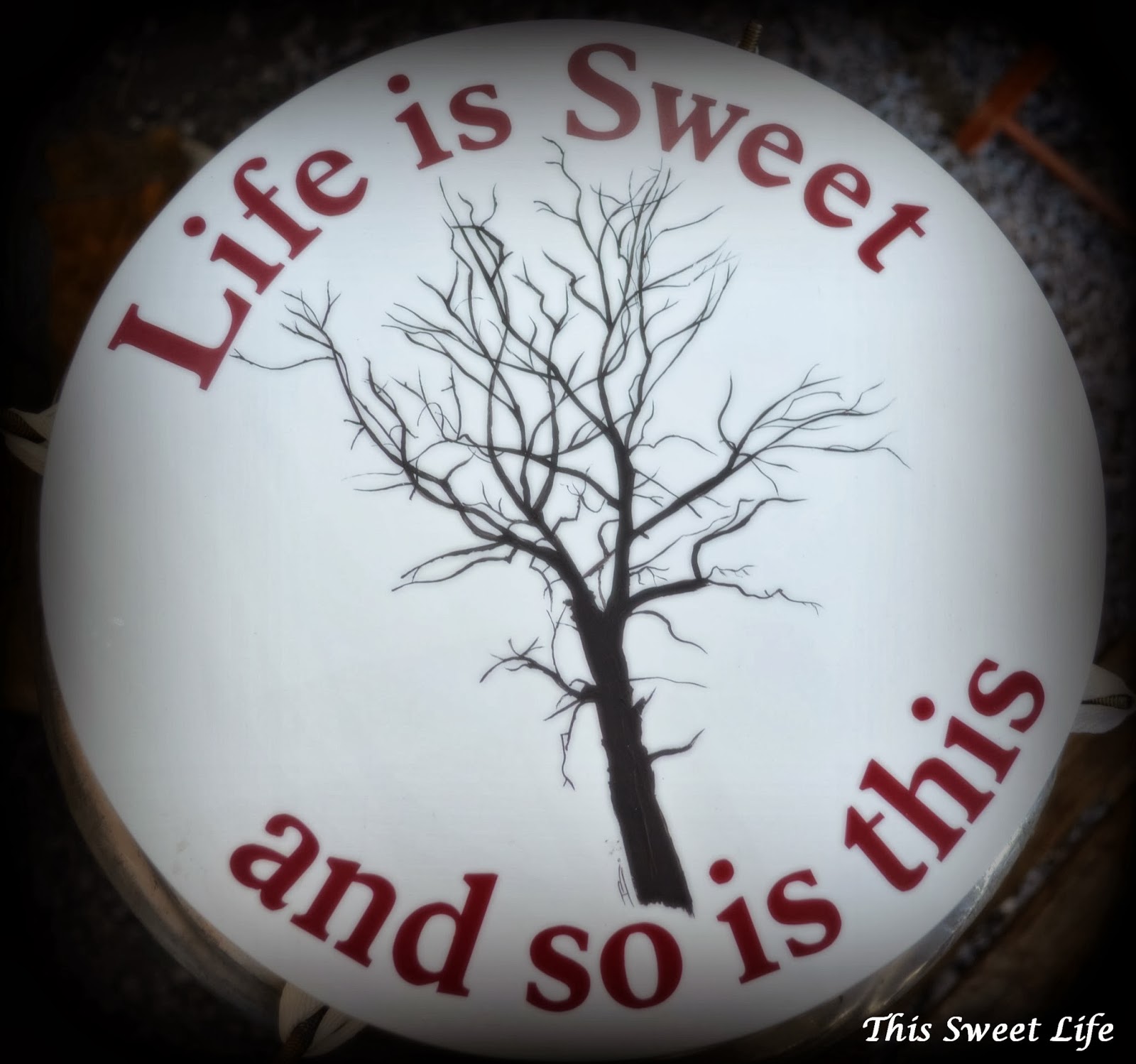 My niece is having her first baby in a few weeks. There were letters and words all over her baby shower, but the photos of this banner came out the best. It's a girl, by the way. 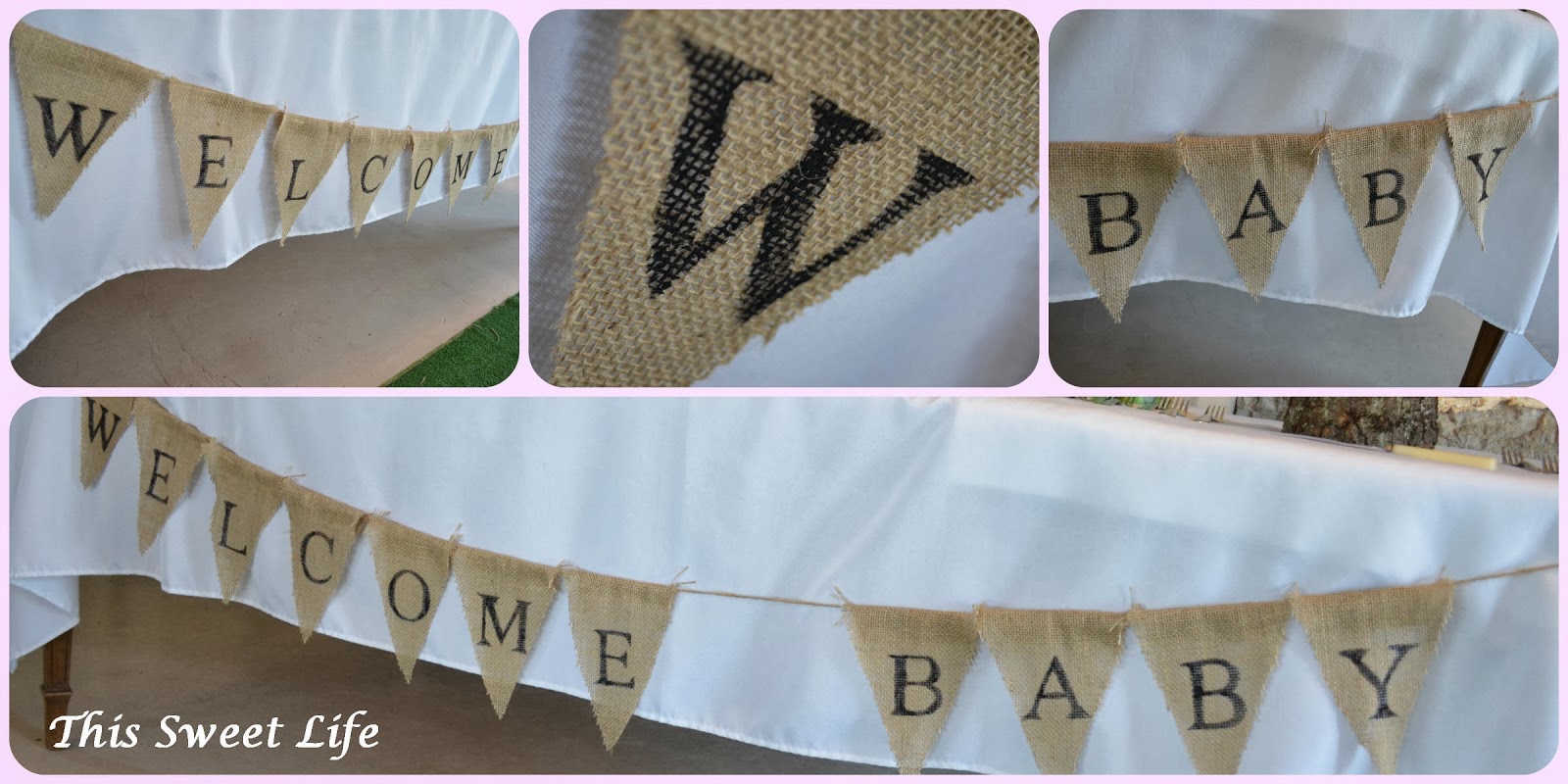 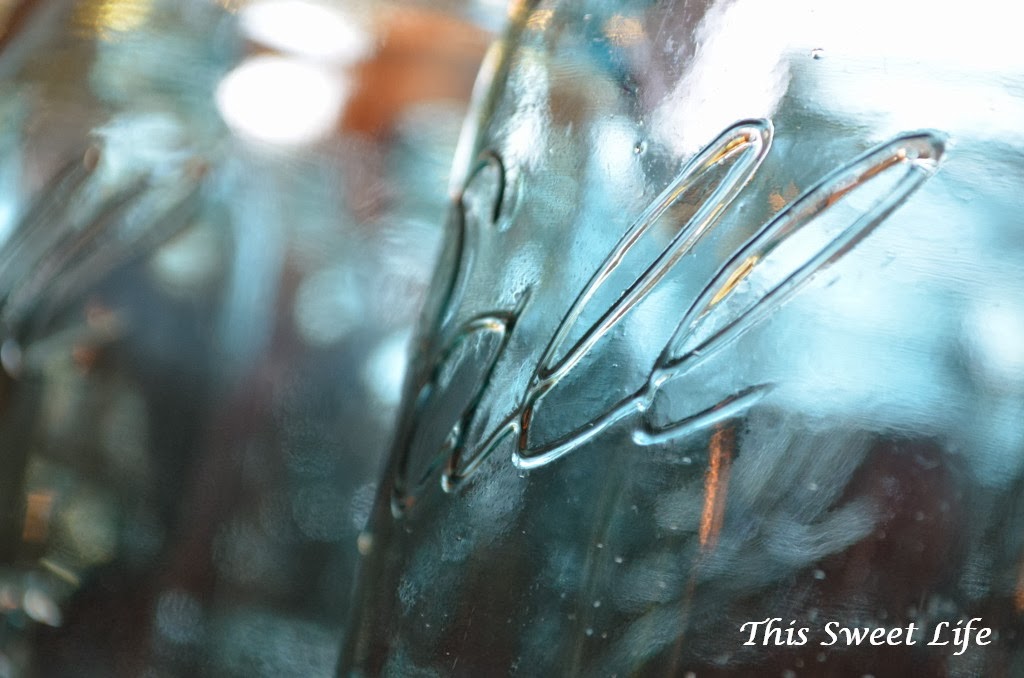 Thanks once again to Donna for hosting this photo challenge every month. One of these days I'm actually going to make time to shoot for the challenge!! And now, I'm off to work at the Maple Festival for the day!! Happy Saturday!


A Personal Photo Challenge
Posted by Nancy Vance at 7:48 AM 11 comments:

Email ThisBlogThis!Share to TwitterShare to FacebookShare to Pinterest
Labels: Photography

I've written here about eggs before. You'd think there wouldn't be a whole lot more to say. After all, an egg's an egg, right? But I'm telling you, when Robin brings in the day's eggs, you never know what you'll find when you open that carton. 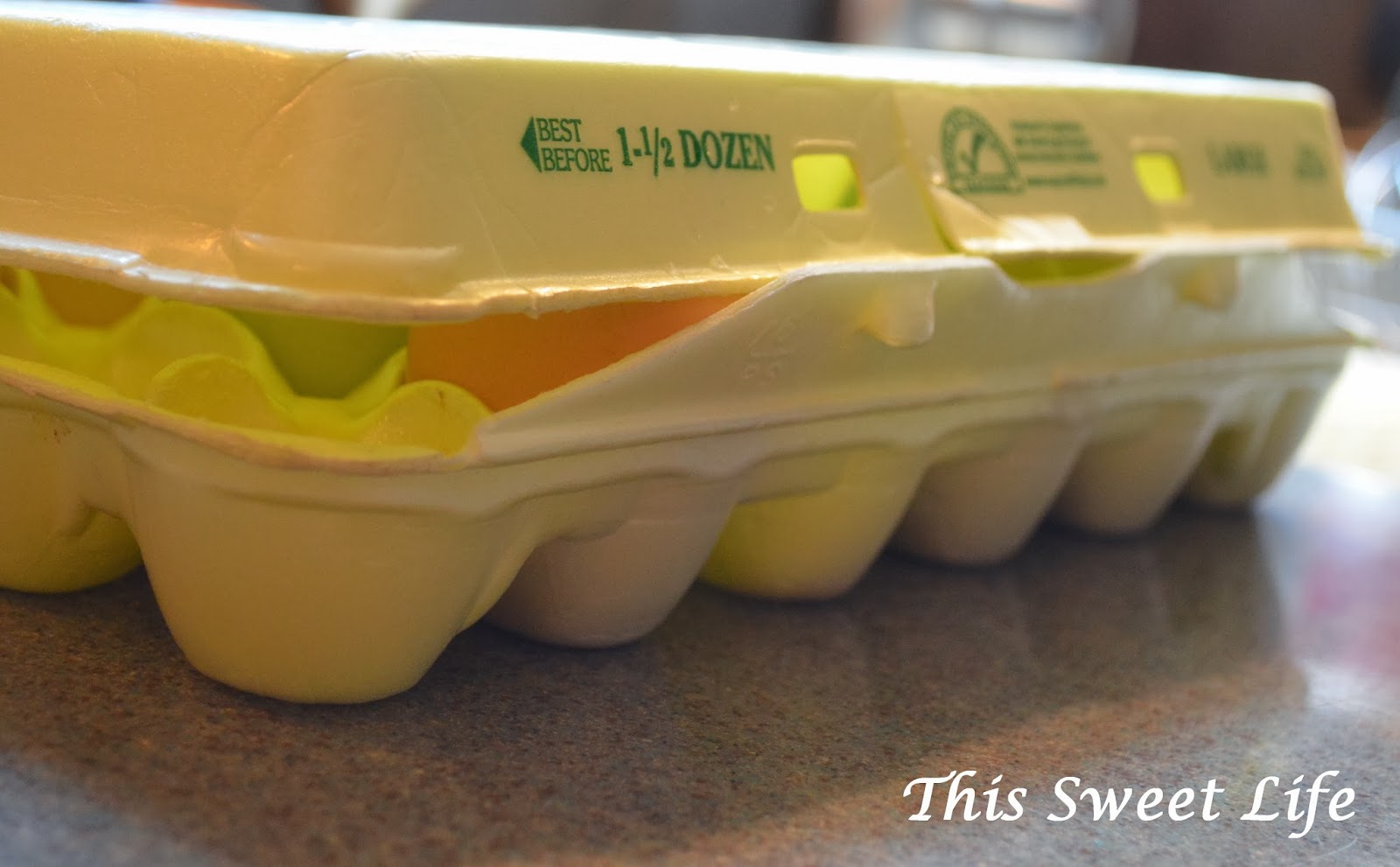 Most of the time the eggs are relatively normal, meaning they're fairly clean, average in size, and the usual colors of brown, light blue, or light green. Sometimes there are surprises that involve mud, straw, dried egg yolk, and poop, either alone or in combination, making the daily task of egg washing not so pleasant. (I'll spare you the photo!) Today, though, we got another whopper. 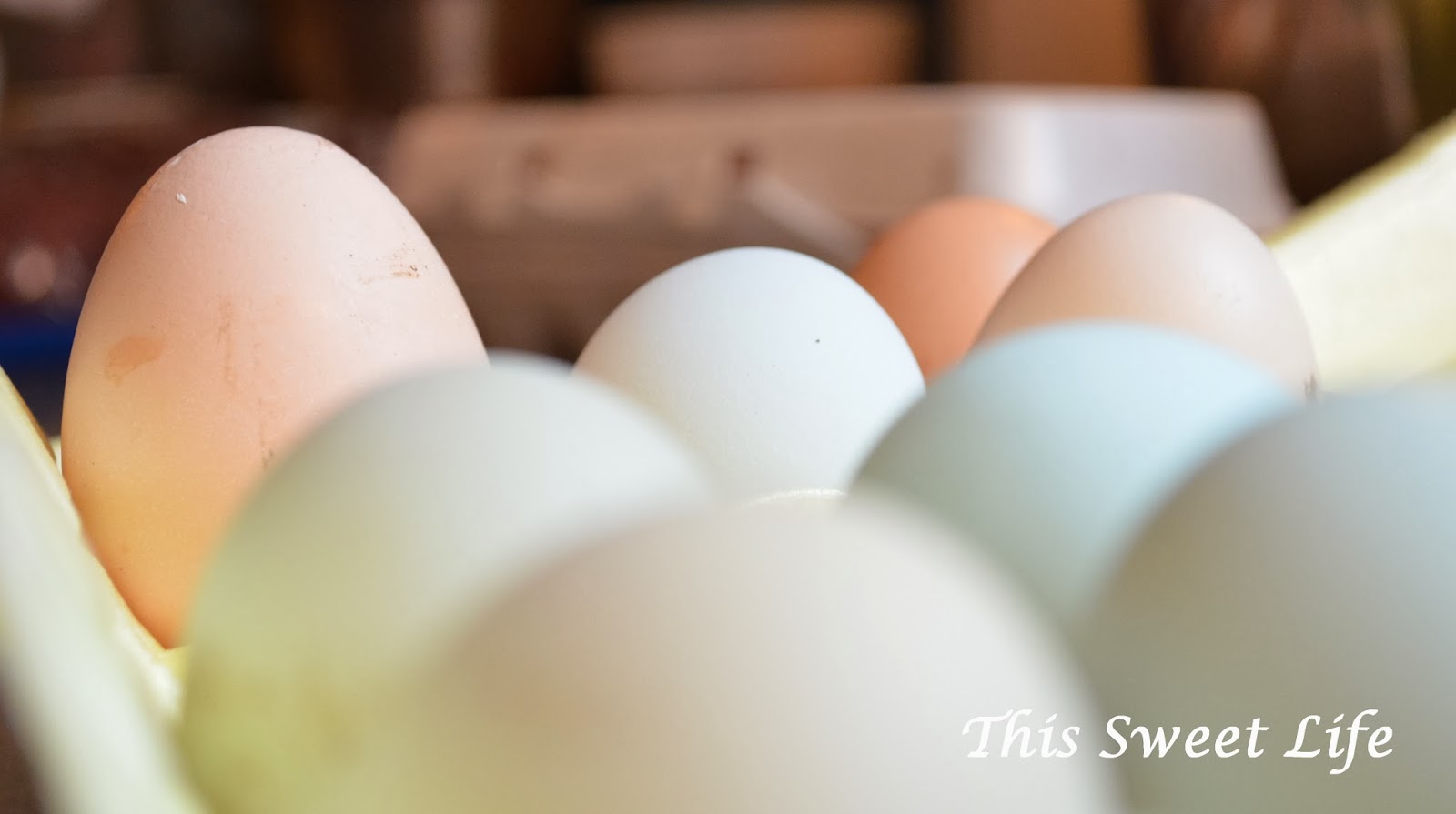 The last one was blue. This one is pale brown. I didn't weigh it, but it's huge, much larger than all the others. It's just about too big for the carton. 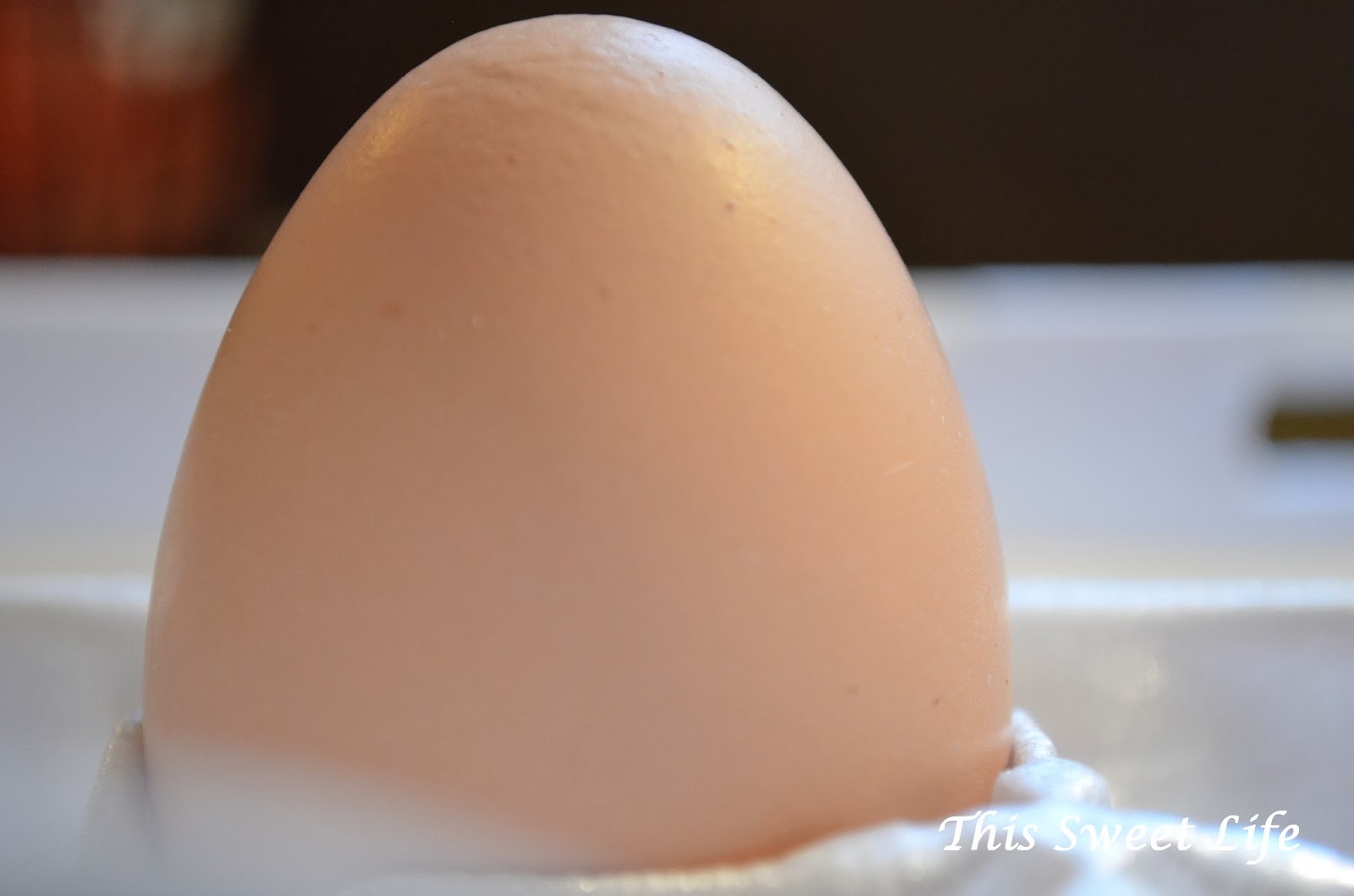 And it's especially bigger than the egg right next to it, which is the smallest egg we've gotten yet! 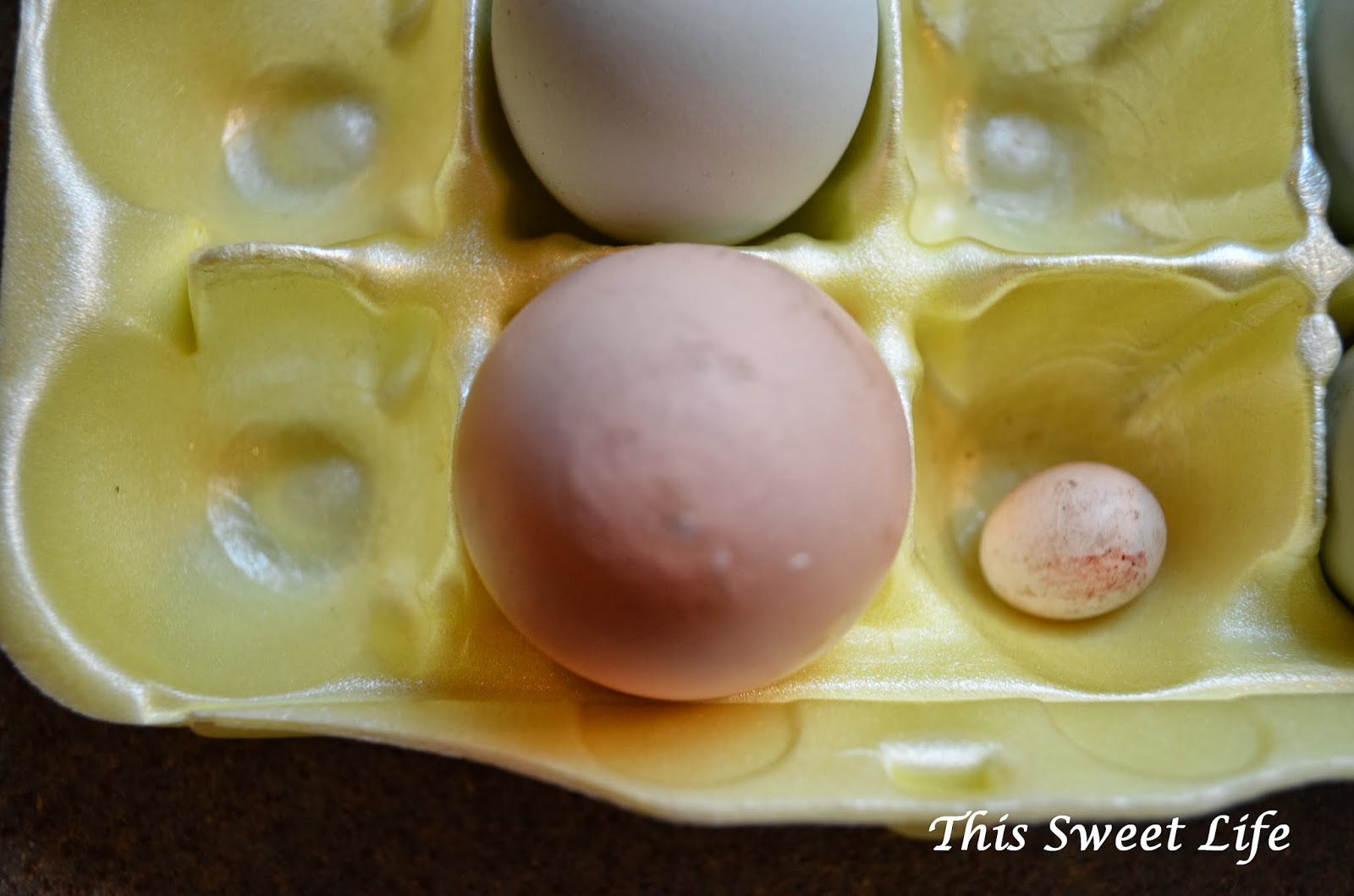 Tiny as it is, it looks as if some discomfort was involved in its production. 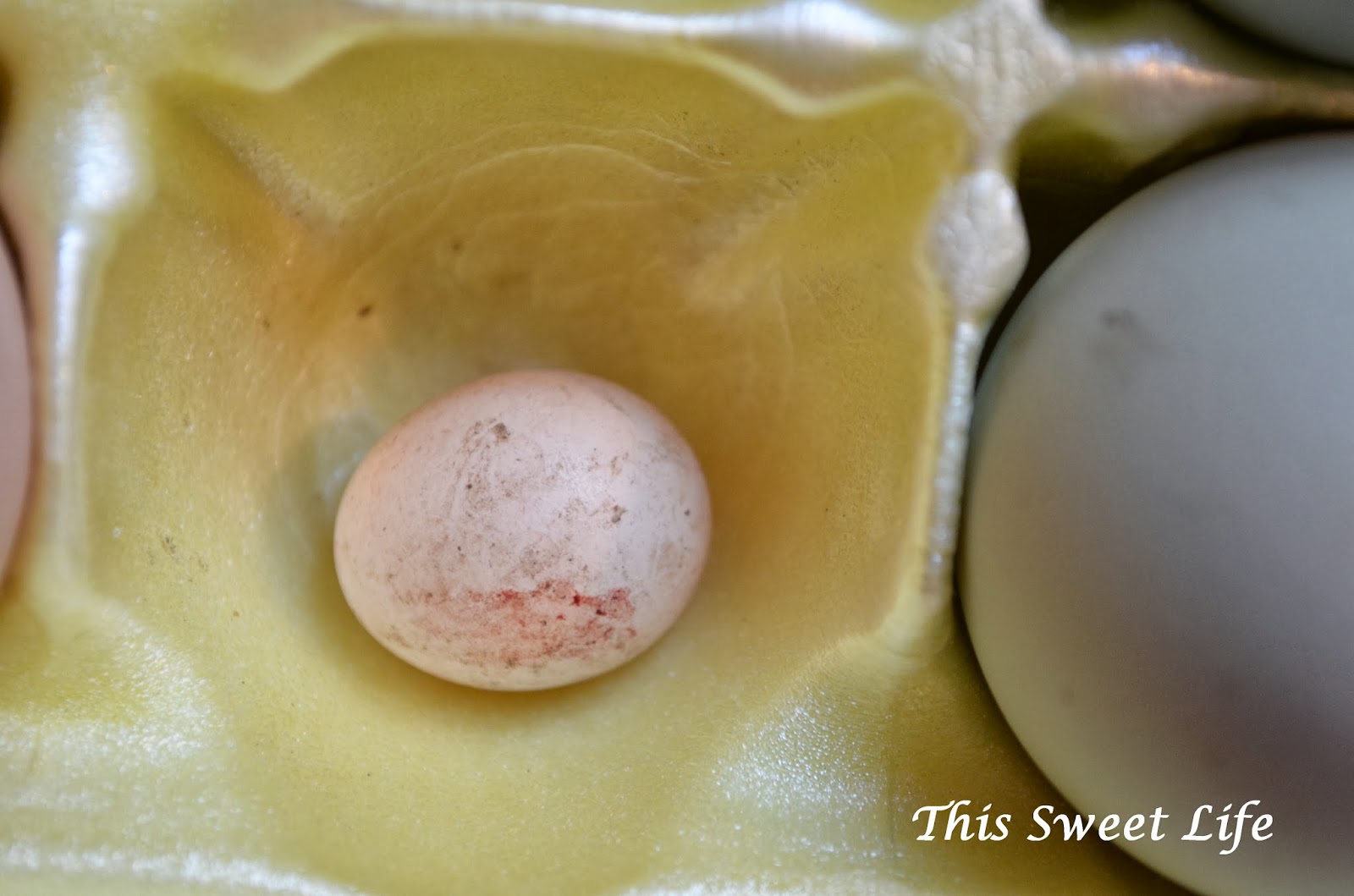 It's not much bigger than a penny. 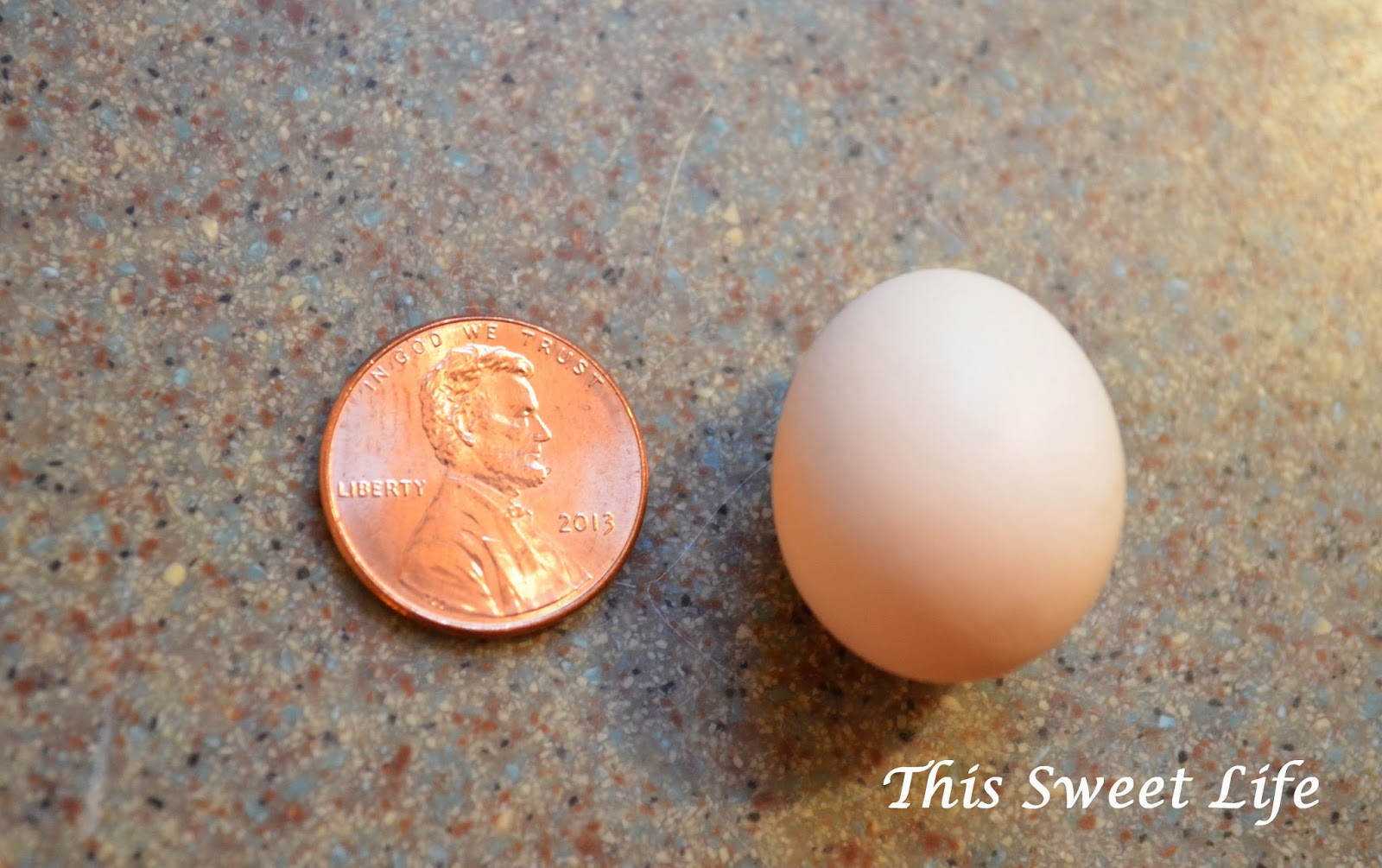 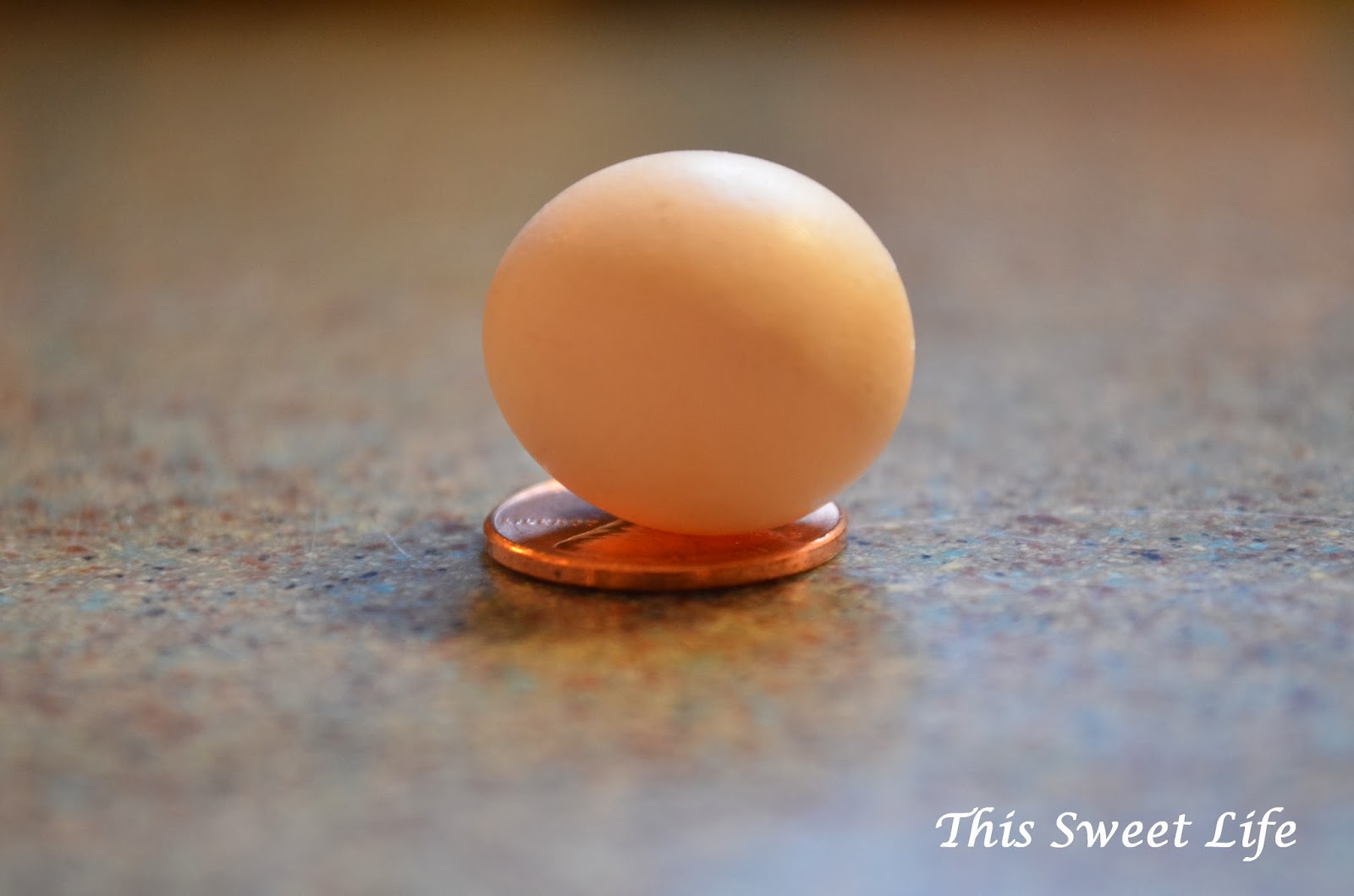 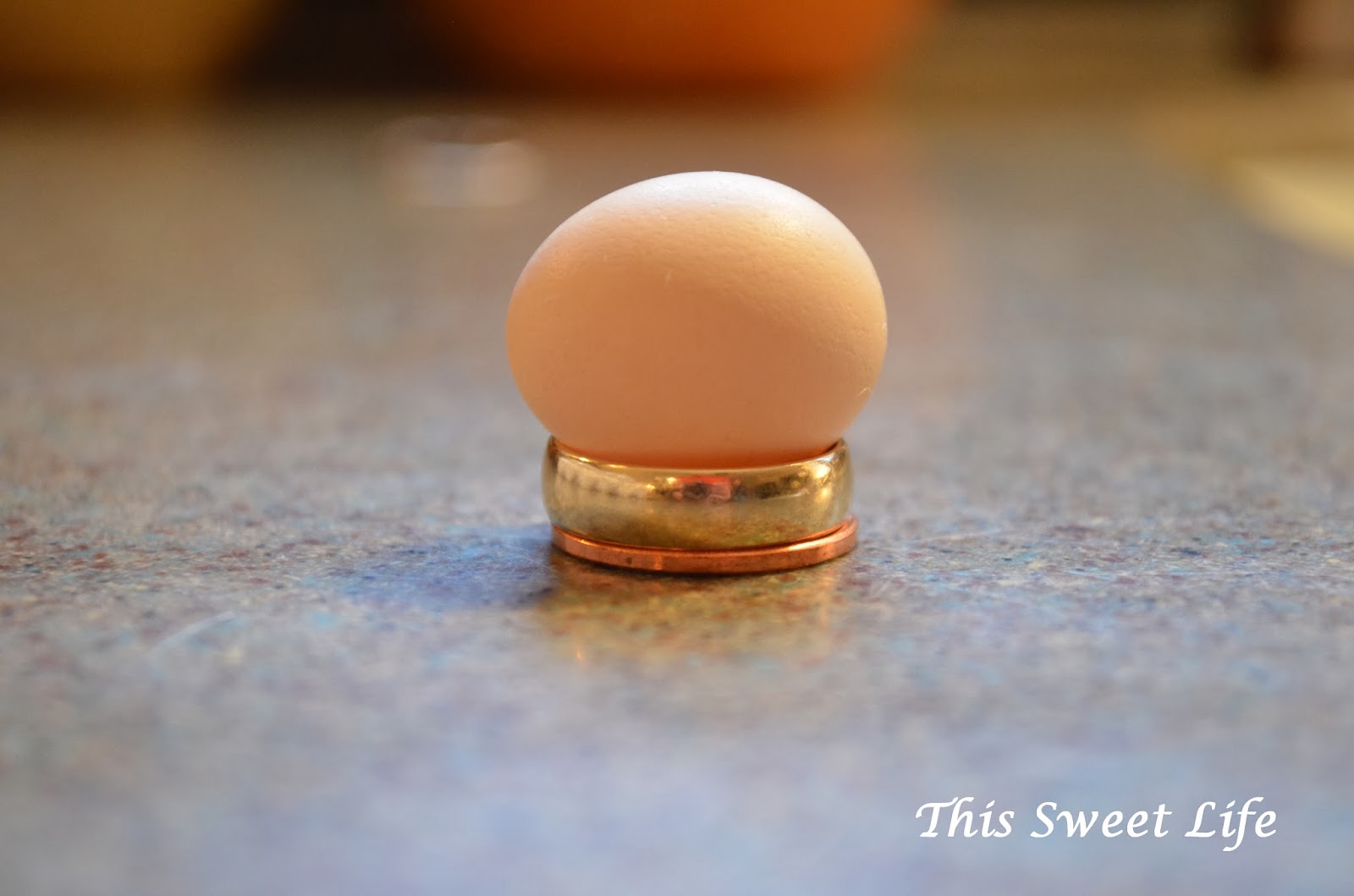 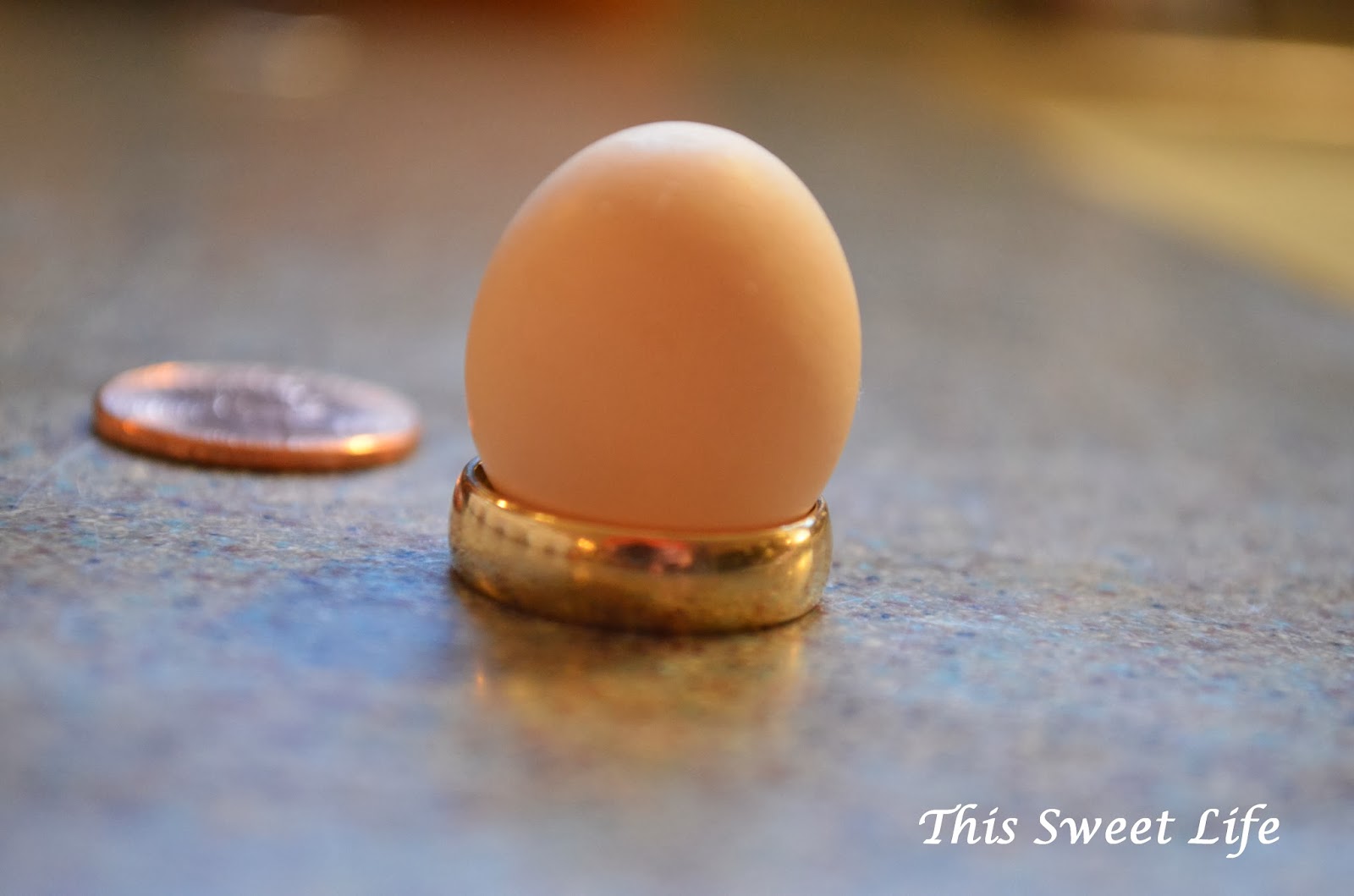 When you place it next to today's whopper, it's hard to believe they both came from the same kind of bird! 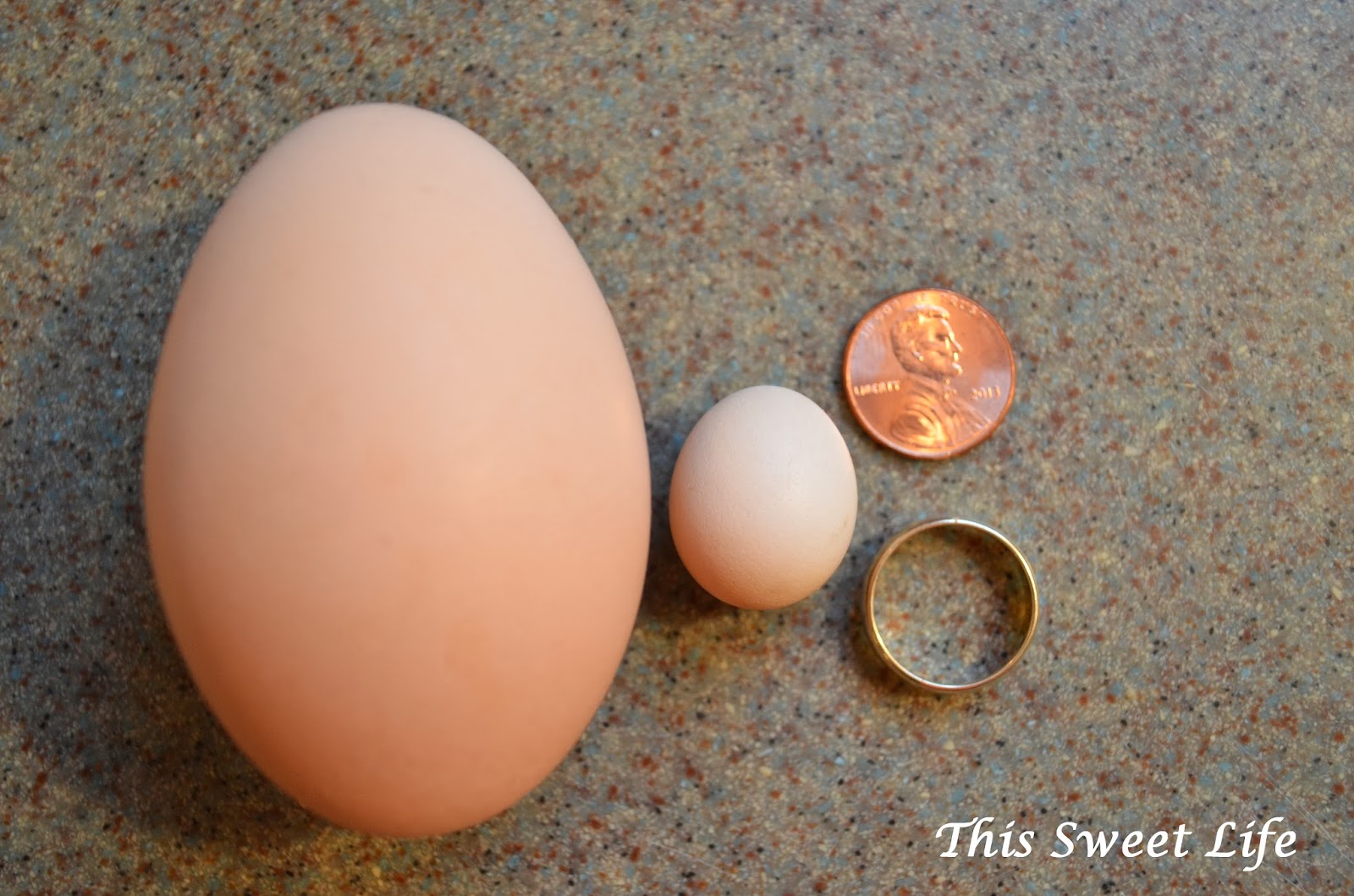 Their difference in size is so great that I can't get them both perfectly in focus at the same time. 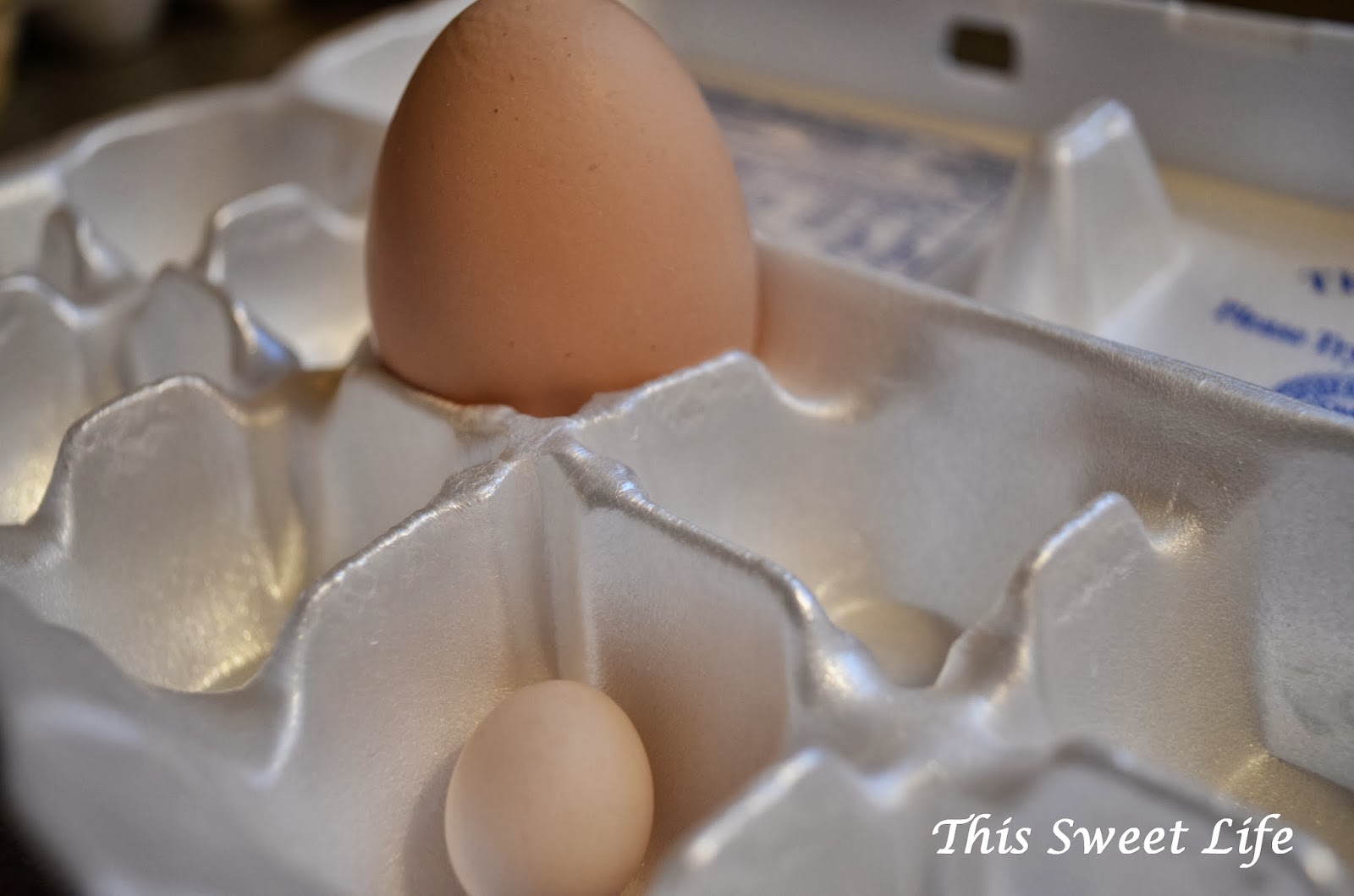 It could be the chicken's very first egg, or its very last. I'm pretty sure there is no yolk inside. But on the outside, it's a tiny, perfect egg. I've put it on the kitchen windowsill to dry out. 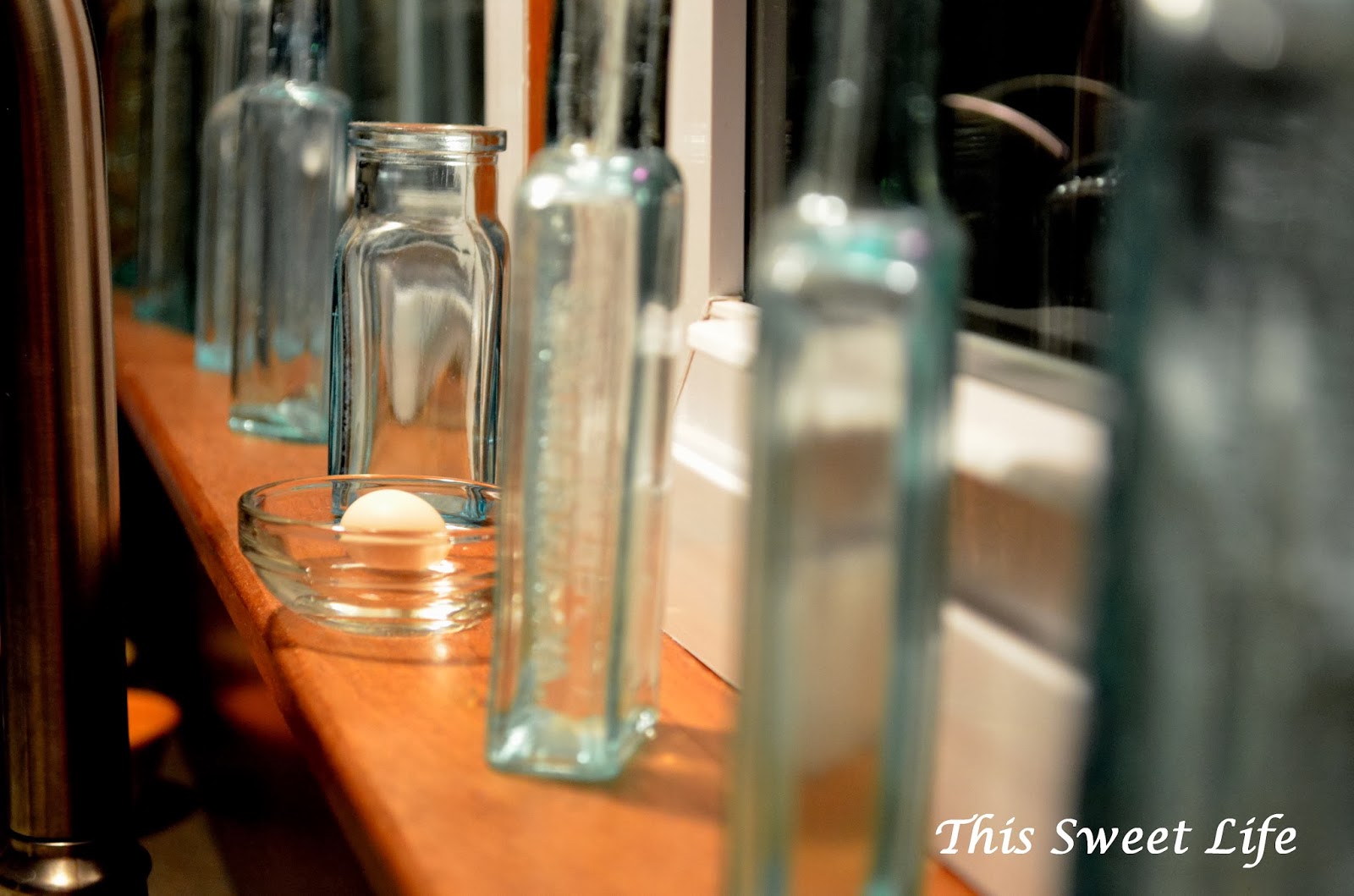 It will be a sweet little addition to my Easter decorations. 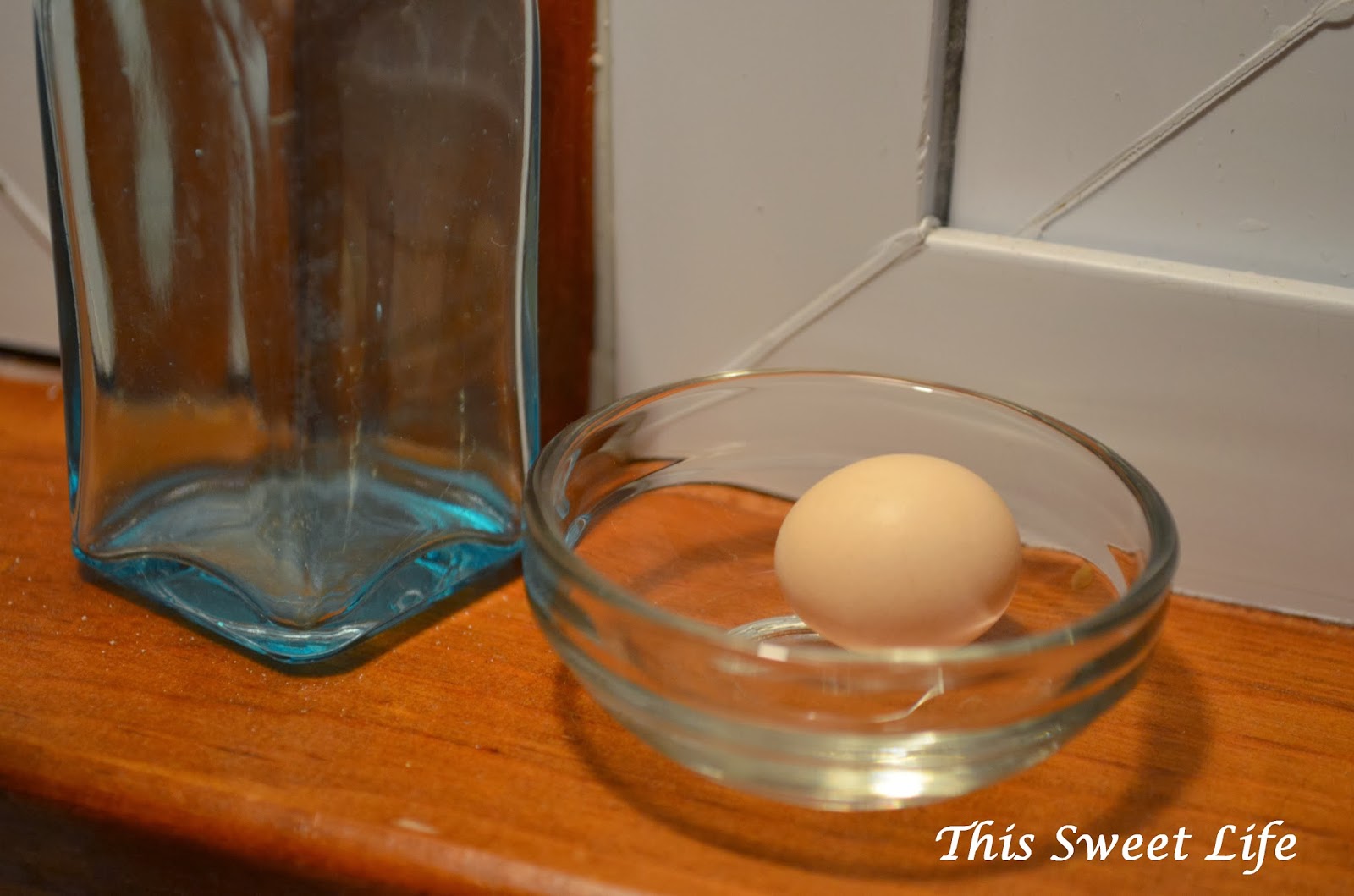 Once again, we found a little bit of wonder in one of nature's simplest things. Life is good.
Posted by Nancy Vance at 9:59 PM 2 comments: